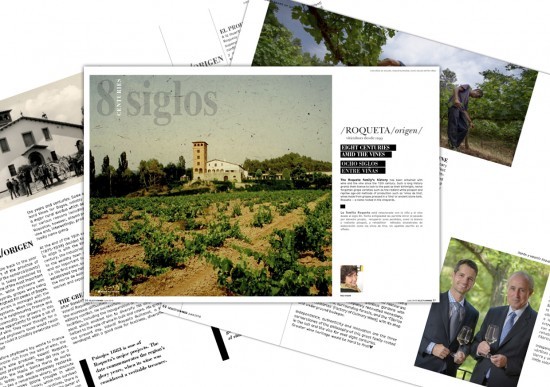 In its July – September edition, the magazine Selectus Wines published a magnificent article on the origins of Roqueta winemakers. It was written by Ivison Paz a journalist who specializes in wine and gastronomy. The title of the article was Cien Años de Solera. Roqueta Origen, Ocho siglos entre viñas ; “A hundred years of vintage wine. Roqueta Origen. Eight centuries among vines”. It commemorates century-old cellars that remain in the hands of the original family heirs. It follows the history of the Roqueta family’s legacy as winegrowers.