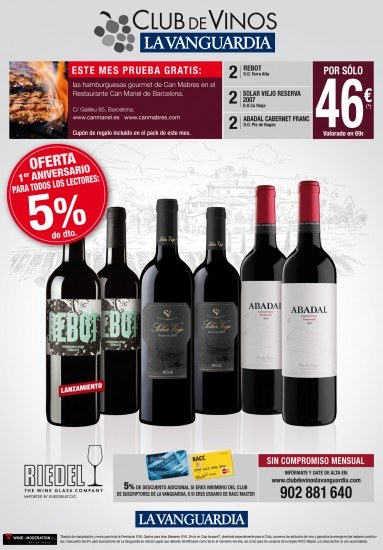 In October, our Abadal Cabernet Franc 2012 (with its new image) was chosen as part of the batch of wines offered by the La Vanguardia Wine Club.

During the promotion, several advertisements will appear for this collection of wines in the different media of the Godó Group (La Vanguardia newspaper, 8tv and RAC1).