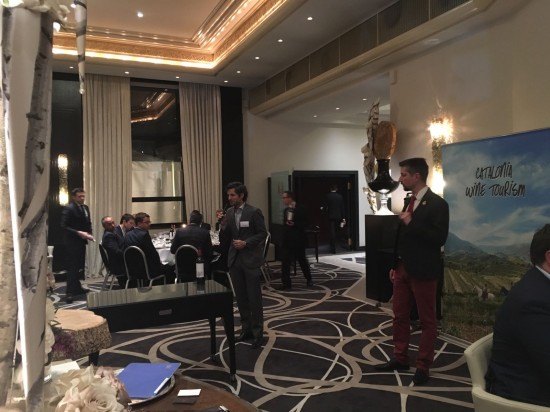 The Estate Wine Abadal 3.9 was the star of the show at an event in Lyon on “Tourism and Investment; why the French choose Catalonia?”  It was organized by the Lyon Wine Business Club.

This gathering is part of a series of events organised by the Wine Business Forum Club, a select group that brings more than 2,500 members together eight times a year. The city plays host to businessmen, economists and powerful media who come to listen to personalities from the economic and business sectors; wine is the undisputed star of dinners and tasting sessions. The event was held at the La Rotonde restaurant and it closed with a degustation dinner prepared by the chef Jean-François Malle. Seven different wines were served, four of which were Abadal wines. However, Abadal 3.9 was the start of the show as it was served with the main dish. Ramon Roqueta, an oenologist and a representative of Abadal, was one of the key figures in running this event.