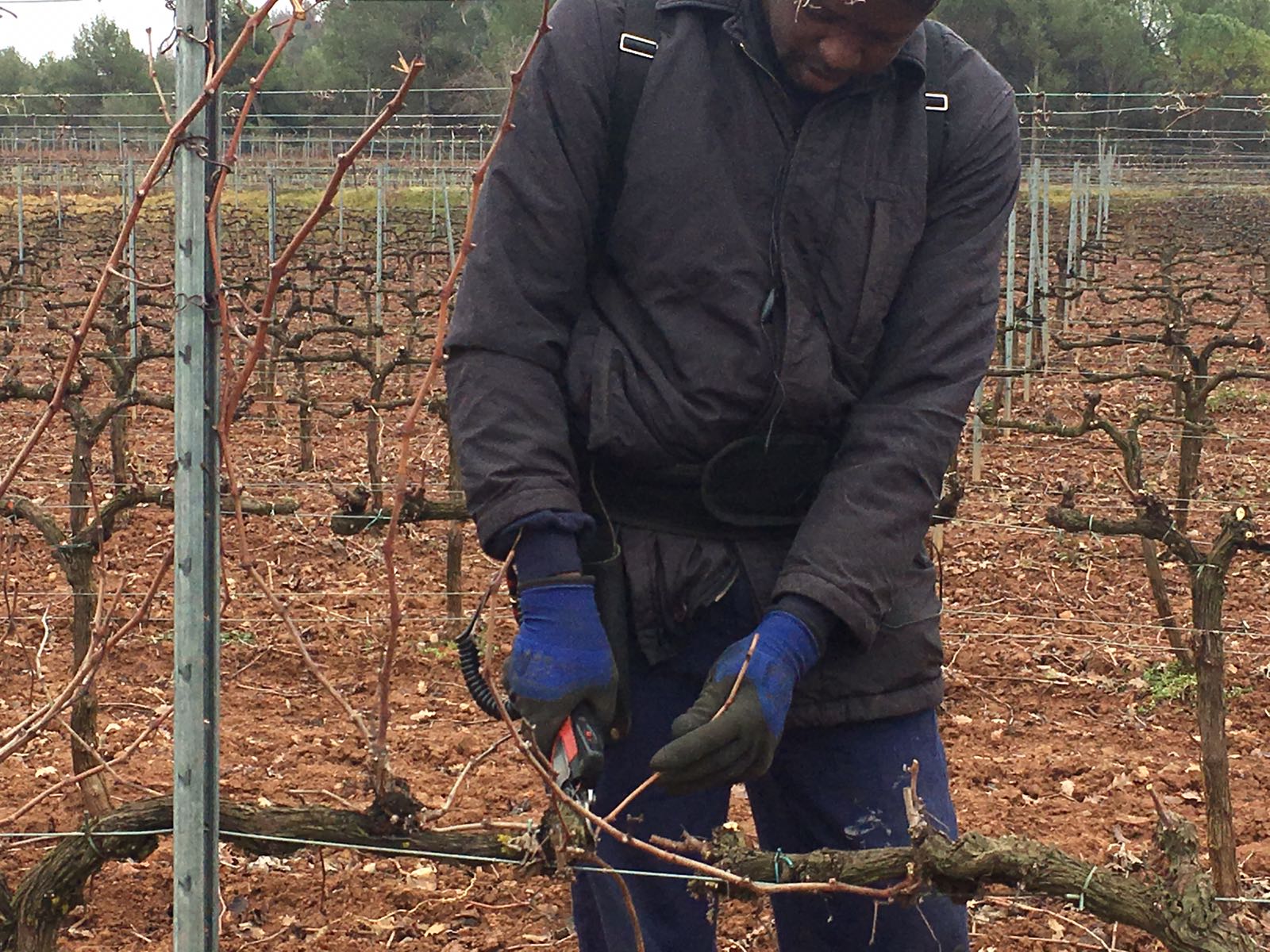 Winter is pruning time at the vineyard.

The first few months of the year are marked by pruning which starts in December and lasts until March.  During this process, the structure of the vine is maintained, it is rejuvenated to prepare it for a longer production period and the vine is regularized to strengthen it in order to obtain a good yield without weakening the vine.

If we look at the vineyards at this time of year, it may look like nothing is happening. The vines look bare, dry and lifeless, however the plants are actually following their natural cycle, and the vine is preparing to bloom in spring.

At the Abadal Winery, pruning begins in the vineyards that are located in deeper terrains or in those located in the north of the estate, as they are hit by the cold spell first which halts the plants’ vegetative cycle. The younger vines and the ones that are still developing are left until the end.

If vines are trellised, it is vital that they are pruned in such a way that they can be mechanized later on, and if the vine is grown in gobelet style, it is vital that the vines are well spread and well trained vertically. Pruning is done by cutting the cane, the long and thin branches on the vine and in accordance with their appearance, diameter and length. This technique is explained in an article by the online magazine for wine-lovers and experts called Vadevi.

Before pruning, it is very important to keep a close eye on the vines in order to know how many spurs should be left, how productive each plant has been and what its general vigour is.

Pruning can be carried out manually with standard pruning shears or with pneumatic or electric pruning shears, as these latter modern tools require less effort. Of course, pruning can also be done by machines.

At the Abadal Winery, pruning is carried out using a combination of these techniques. Mechanical pruning is only performed with the sole purpose of cutting the highest part of the vine shoots to prepare the vines for subsequent manual pruning. Manual pruning of productive strains are done with electrical shears to follow the natural train of the vine, which in turn minimizes damage caused by pruning.

All of the offcuts from pruning are left on the ground where they are later packed down. In this way, part of the mineral extraction made by the plant during its vegetative cycle is returned to the soil. These offcuts also help to soften our clay soil, which is hard and compact by nature.